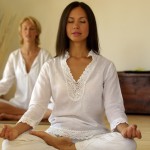 Many of the health benefits attributed to natural therapies are actually achieved by the restoration of practices that should naturally come to the mind and body.

There is nothing more fundamental and essential than breathing. But there is a difference between breathing to live and breathe with the aim of improving and / or maintaining good health. The difference between these practices generally has to do with two factors: the deliberate act of breathing deeply and how well air is inhaled and exhaled through the diaphragm and lungs.

Improving the way we breathe can dramatically affect physical and mental well-being. It requires some effort, but like most other exercises, regular exercise will result in functional gains in daily respiratory process and, occasionally profound benefits for a wide range of health problems.

Recent research by Harvard University and the U.S. Department of Health and Human Services indicate that nearly 17% of the U.S. population engaged in normal “mind-body therapies.” Part of the reason is that a high percentage of people the benefits (70% – 90%) perceive from these efforts. It is interesting to note that of all body and mind from practice, only about 13% deep breathing exercises as a form of healing to choose.

One area where breathing exercises can be particularly useful in the treatment of hypertension. A study published in July 2009 the effects of rapid versus slow breathing techniques tested in a group of 60 hypertensive men and women. In the course of 3 months, half the group practiced the routine rapid breathing and the rest took the slow route. Both techniques improved blood pressure measurements. But it was the slower breathing group improved health steps shown. It appears that these advantages also present themselves in the short term. Recent studies have shown that even a session of slow breathing exercises can result in a significant decrease in diastolic and systolic blood pressure, pulse and respiration. Device supported breathing exercises and yoga-based breathing techniques (pranayama bhastrika) also appear to be an effective means of eliciting hypotensive activity.

Climacteric symptoms relate to the unpleasant side effects of menopause. Breathing exercises can be a useful tool for both conventional and holistic therapies aimed at the changes that occur in this time of life easier. A recent summary of the University of Virginia, cited “breathing rate” as a potentially viable means to help with hot flashes and other menopausal symptoms to arrival. Several studies in recent years to support that assertion. (8)

The utility of such a practice can mind-body than that of an application only a personal health. Scholastic and workplace performance can also benefit from the changes that breathing exercises can bring about. Recent studies indicate that respiratory therapy do the following: a) an effective tool to “burnout” for the control of teacher b) help reduce the cardiovascular risks associated with high stress jobs and c) improving attention and mental performance among students and older adults.

There are many different respiratory techniques used to identify individual problems and needs. The following practice is fairly common in nature. But what is important hat can quickly improve your mental outlook and increasing the level of oxygen that makes its way into your system. If you are interested in learning about more advanced techniques, please visit the following links.

Step 1: Lie down in a quiet location with a pillow under your knees. Choose an area with so many “fresh air” as possible.

Step 2: Place one hand on the lower part of your stomach and your other hand on your chest.

Step 3: Breathe deeply through your nose and aim to fill your stomach with air. Try using a slow count to 4 as you breathe in. Note: The goal is to make the hand up on your belly to rise above the level of the other side is that on your chest.

Step 4: Hold your breath for a count of 7. This may cause a rapid count, if necessary.

Step 5: Exhale slowly and thoroughly air out of your mouth. Ideally you should strive to exhale for a count of 8 – or twice the amount of time you took to inhale.

This exercise can be performed as often as needed. Some experts recommend starting with a limited number of therapeutic breaths (4 cycles) per session. Then, as your lung capacity improves, the number of repetitions you.

The far-reaching benefits of deep breathing exercises should not be underestimated. Such a simple practice has been documented as helping a wide range of diseases, including chronic fatigue, depression, diabetes, headaches, indigestion and even, panic disorder. What I like about this form of therapy is that it can appeal to people who might not normally open to “alternative medicine”. Some people just do not consider acupuncture, meditation or yoga as a means to an end spa. But breathing is something that does not have the same “holistic baggage.” Breathing exercises are easy to perform, they’re free and they cover a most basic need. So, let’s make the most of every breath we take.

fasting types usually involve 16 or 24 hours of fasting two times a week, subsequent to a healthy diet. This type of fasting induces body shock which improves the natural production of NAD+. Ketosis is a diet plan having foods rich ...

repairs, boosts and strengthens the skin. The elasticity, firmness and resilience of skin is enhanced profoundly. This supplement is especially perfect for those peoplewho reside in places with bad weather conditions or who are too lazy to maintain the skin. ...

the least expensive product when using third party brands.   Know Your Needs This is another important feature to put into perspective prior to beginning your search for the best Apple watch bands in the market. To begin with, ask yourself the reason ...

the breath pacer to start your session. Why use Inner Balance? The Inner Balance system is designed by HeartMath—a pioneering brand in HRV research backed by decades of scientific research and over 300 peer reviewed studies. It comes with the approval of ...

you’re hungry). The amphetamines naturally found in Acacia Rigidula inhibit them from doing this. Simultaneously, they’re increasing your heart rate, metabolic rate, blood pressure and your “Fight or Flight” hormones. Increasing Your Metabolism When you use Acacia Rigidula, it releases norepinephrine, epinephrine ...

popular choices. There are more options available today than ever before and Sun Warrior brown rice protein is getting a lot of attention. Maybe that’s because people are more in tune with their allergies or intolerances. Maybe because there are ...

basics and eat like our ancestors did. Why would you want to do that? Think about it… our ancestors were much healthier than we are. There were no health epidemics like diabetes, heart disease and obesity. They ate much differently ...

of high-end health food stores in the United States called Whole Foods. It is a great place to visit if you’re interested in gourmet food, all-natural personal care and the most trendy supplements known to mankind. But it is not cheap. ...