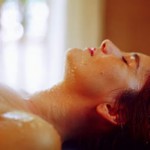 Recently I was flipping through the channels on my TV and saw a segment on the Oprah Winfrey Show that featured Dr. Mehmet Oz. He was discussing all sorts of unconventional medical treatments and natural therapies that he felt were legitimate.

One of the points on his radar, an infrared sauna. He mentioned benefits, ranging from the lowering of blood pressure to increase metabolism (burning of calories), and even the elimination of toxins through the skin. Oprah made a part of the interview with Oz in the sauna itself. They got out just before breaking a sweat.

The use of saunas is very common in Europe and Asia, and various forms of “sweat bath” is found in regions spanning parts of Africa, Central and North America. In some societies, it is both a cultural and medical component of social interaction and health maintenance. But for many people, saunas, only those foggy looking enclosures that are found in the toilets of the local gyms. I was pleasantly surprised to find that modern science has been consistently studying the health effects of saunas along. Today I would like to have a look at some of the most recent findings on thermal treatment to take and whether some of the claims about saunas are validated in the scientific literature to investigate.

Based on my studies, the strongest medical case that can be made for the use of the sauna therapy in the management of cardiovascular and related conditions. In fact, saunas investigated for several decades in the case of a relatively severe cardiovascular disease. The most recent experiment I found was published earlier this month in the Journal of Cardiology. A known form of thermal treatment Waon therapy was used in a group of 64 patients with CHF (chronic heart failure) in the course of 5 years. An additional 65 patients and were followed as controls. Both groups received traditional medical care, but only the treatment group was exposed to the Waon saunas.

Waon therapy is a gentle form of infrared dry sauna. Each session, use is made of a standard heat of 60 degrees Celsius, and lasted 15 minutes. After the therapeutic period, patients were wrapped in a blanket was held an additional bed rest 30 minutes. Treatment was given daily for 5 days during hospitalization and patients than anticipated at least twice a week once they were discharged from the hospital. The results of the investigation were as follows:

The authors of the study concluded that, “This therapy is a promising non-pharmacological treatment for CHF.” The findings of this research are supported by other recent scientific articles:

Another promising area of sauna research is its use in chronic pain conditions. Several studies in recent years highlighting the opportunities in providing a safe and natural alternative to conventional pain relief measures.

I think we have found that thermal therapy may help improve physical symptoms. But it can also psychological benefits? There is some evidence for that claim to support.

A 2008 report showed a reduction in anxiety and improving mood in 45 middle-aged men and women engaged in “charcoal kiln” sauna baths. A 2007 study investigated the mind-body reaction of the infrared sauna mildly depressed patients with chronic fatigue syndrome. Improvements were found in both physical and psychological symptoms, such as improvement of appetite, mood, pain relief and relaxation response. Similar symptomatic improvements were found in a group of depressed patients with chronic heart failure.

The last topic I would like to tackle or saunas are an effective method of systemic detoxification. Detoxification is a very popular concept in the holistic community. But it is not always easy to scientifically validate the claims of the various detoxification treatments. I however, find some preliminary evidence that the theory that the saunas effectively rid the body of toxins supports.

In 1998, a case study published in the Journal of alternative and complementary medicine which indicates that the sauna therapy helps the body eliminate toxic chemicals. In 1991, a study conducted on 15 patients using thermal therapy was a 80% positive response with regard to the “disposal of toxic chemicals from the human body.” Finally, an experiment in 2001 demonstrated that the removal of various minerals through sweating is caused by 30 minutes of dry sauna baths. This suggests a possible role in the sauna eliminate minerals from the body. But it also highlights a possible concern about sweating way too many essential minerals.

If you think the sauna therapy is appropriate for you, please exercise due diligence. Discuss this treatment option with your chosen health doctor. You will also need to decide what type of sauna is best suited for you. Want a high heat or low? Dry heat or damp? Where do you go to a sauna is very important. Make sure you use a reputable site that is hygienic to choose and run by a knowledgeable staff. By following these steps, you will have the chance of finding the most health promoting and pleasant sauna experience possible.

induces body shock which improves the natural production of NAD+. Ketosis is a diet plan having foods rich in proteins and healthy fats and low in carbs. A keto diet lowers body weight and increases NAD+. Diet changes Foods which have vitamin B ...

Therefore, it is best to take supplements for Resveratrol. This supplement is so adept that it is known as anti-aging defense. This means that all signs and conditions related to aging are treated by Resveratrol including diabetes, wrinkles and fine ...

bands, begin by looking at the kind of material used to make the product. Different materials come with different advantages and disadvantages. Carbon fiber bands, for example, are ideal for sportswear. This is because they are very strong and flexible. ...

are a lot of tiny fluctuations in the time between beats. And that’s a good thing, because it means you’re more resilient—at least at that moment in time, since HRV is constantly changing. In fact, your HRV improves when experiencing ...

Luminol were bought from Santa Cruz Biotechnology (Texas, USA). GST-π was purchased from Cell Signaling Technology (Danvers, USA). GAPDH and Histone H3 were purchased from Novus Biologicals (Colorado, USA). All other chemicals not specified were obtained from Sigma-Aldrich Chemicals Private ...

to naturally improve your mood. It does so by stimulating the release of dopamine in your pleasure-sensing part of the brain. Important Note While it’s completely natural and used in a growing number of supplements, you should always talk to your doctor ...

protein powder perform as well as other sources of protein supplements? Whey has been the leading source of protein for powders for years, though soy and casein are two other popular choices. There are more options available today than ever ...

Think about it… our ancestors were much healthier than we are. There were no health epidemics like diabetes, heart disease and obesity. They ate much differently than we do today, as they didn’t have a plethora of processed foods pushed ...

what you end up spending there. This can be quite daunting for those interested in the natural life, but can not afford to shop this way. If you’ve ever felt that way, please note that the vast majority of holistic ...