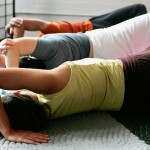 Poor balance is a major cause of disability and defects in the older population. If you are not a part of that age, then you can not ignore.

The Feldenkrais Method is a unique mind-body technique which helps to improve balance, but can also help a wide range of other conditions, including chronic pain, depression, eating disorders, fibromyalgia, and even multiple sclerosis.

The Feldenkrais Method was developed by a Ukrainian physicist and judo expert named Dr. Moshe Feldenkrais. His intention was to create a form of physiotherapy that thoroughly examined the relationship between body and mind to create. By establishing a better awareness of the communication taking place between the brains and physical activity, he believed that issues related to disability, pain and even certain mental disorders can be improved.

The actual practice, sometimes referred to as “Awareness by motion” shall be usually carried out in a group. The instructors will lead a series of movements with verbal cues and occasionally by supporting movements with hands-on approach. The combination of these three sensory techniques (visual, tactile guidance and verbal cues) allows students with basic movements in a simple but profound way. The mind-body connection that occurs is part of the reason why many actors and dancers use the Feldenkrais Method to improve on their work and presentation.

A study of the Feldenkrais Method (FM) was just published today in the journal Evidence-based complementary and alternative medicine. The effects of the FM examined in a group of 26 seniors with an average age of 75 years. Seniors 36 additional seniors were recruited as a non-active “control group”. (1)

The 26 participants in the treatment group engaged in twice-weekly Feldenkrais classes specifically tailored to address the balance. The combination of exercises named “Getting Grounded Gracefully” and took a total of 10 weeks. A “specific actions” questionnaire, a physical test know as the Four Square Step Test (FSST), and “self-selected walking speed” (speed) were assessed before and after the process.

All measures of balance and mobility were improved in the treated group Feldenkrais. Moreover, most of the active participants noted benefits associated with self-esteem and a greater ability to participate in daily activities such as walking and pet ramps.

Another study published in January tested in exactly the same balance Feldenkrais program on a group of 55 senior volunteers. Half of the participants has an FM practice twice a week for an 8-week period. The rest have their typical daily activities. This study showed a lower risk of falling (based on the Modified Falls Efficacy Scale) and improvements in two measures of performance that mobility and speed of movement tested. Another positive finding was that “college visit” was very high (88%), and the results of the survey indicated high satisfaction among participants. (2)

FM appears to be well suited for issues relating to pain management. A 2002 study showed that 78 men and women with “non-specific musculoskeletal pain disorders” showed more relief using the Feldenkrais method, in contrast to “conventional therapy”. Another advantage was that the benefits of FM seemed to extend far beyond the treatment period as indicated by a one-year follow-up exam. Also mental aspects of the process function, the quality of life tests showed a significant psychological advantage compared to conventional treatment. (3) In a recent review article in the journal Disability and Rehabilitation included FM and other “body awareness therapies,” such seemingly cost effective ways of increasing health-related quality of life in people with chronic pain conditions like fibromyalgia.

Finding non-toxic and powerful methods to tackle mental disorders should be a goal of all medical models. The Feldenkrais method is a way of helping those who struggle with mental health problems. The proof is found in a number of seemingly unrelated studies.

I think there’s something powerful about focusing on the internal workings and interactions of the body and mind. This is an area that is usually glossed over in our busy lives. There are simply too many other distractions that seem to distract our attention. Changing that dynamic can afford a powerful tool for retrieving the various aspects of health and the untapped quality of life.

These make your heartbeat faster and demand more energy from the body which initiates the high production of NAD+. Fasting or keto diet Intermittent fasting is a type of eating which includes periods of fasting and eating. Famous fasting types usually involve ...

it can reduce the LDL cholesterol level, it increases the recovery rate for a heart attack. This automatically means that the elimination of blood clots and inflammation is done effectively as well.   Wrapping it up In conclusion, we have seen that Resveratrol ...

to be trending at the moment, do not make any rush move to get yours. In fact, if you are planning to buy fashionable Apple watch bands, a good rule of thumb is acquiring knowledge about the products and different ...

responding to stressful situations. If you’re suddenly being chased by a lion, a whole hormonal cascade kicks in that increases blood flow to your extremities (so you can run), increases your mental focus, increases breathing, slows digestion, decreases hunger (food can ...

– How it Helps with Weight Loss It’s only natural to eat less if your appetite isn’t as strong as it normally is. That of course leads to a reduction in the amount of carbs you eat. When your body isn’t ...

effectiveness as whey. And did we mention that it’s hypoallergenic? Yep, again, we’re comparing it to soy and whey… Both whey and soy can cause problems with some people due to certain sensitivities and allergies. Those with dairy sensitivities should steer ...

proven way to get back to basics and eat like our ancestors did. Why would you want to do that? Think about it… our ancestors were much healthier than we are. There were no health epidemics like diabetes, heart disease ...

Foods. It is a great place to visit if you’re interested in gourmet food, all-natural personal care and the most trendy supplements known to mankind. But it is not cheap. Some people even joke that Whole Foods should be renamed Whole ...