Massage for Anxiety and Pain 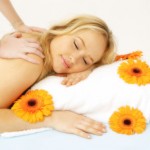 Massage is a healing modality dramatically underutilized. Maybe it’s just hard to imagine that something that feels so good can actually provoke tangible benefits in the body and mind.

There is also the common perception that a massage is an indulgence. Given the current economic climate, the chances of “indulging” in such treatment is even more remote.

The reality is that therapeutic massage provides very real and measurable effects on health that will help us to live happier and healthier life. Moreover, they offer an alternative or synergistic support conventional treatments. The issue of costs can also be managed by strategically using your health insurance and / or engaging in home based, amateur massage with a reliable partner.

One of the most promising areas of research in relation to massage to reduce anxiety levels and improve mood. Several studies published this year provide solid validation for that claim.

One area of scientific interest is potentially of massage therapy for those receiving conventional treatment of cancer. A new study published in the Journal of alternative and complementary medicine the effects of therapeutic massage investigated in a group of women with breast cancer. The women received a 30 minute massage once a week for three consecutive weeks. A wide range of benefits were reported, including less anxiety, better sleep quality and an improvement in daily functioning and overall quality of life. Some of the volunteers also named fewer cases of nausea and decrease the pain and fear.

These findings are supported by a new scientific research on the use of massage in cancer patients. A total of 14 studies were included in the assessment. The authors concluded that massage may be helpful in relieving fatigue, mood-related topics, nausea and pain. The current state of evidence was considered “encouraging”, but for the moment. (7) The same basic position was presented in a German paper also summarized. It is important to remember that all cancer patients should consult their physician before starting a course of massage therapy. There may be some cases where it is not appropriate.

The issue of pain is common in the study of the science of massage. There is little doubt that massage feels good. But beyond that, it seems that it can help manage long term pain conditions. For example, a recent study conducted on 25 fibromyalgia patients found that “deep tissue” led to significant reduction in pain intensity, “pressure pain threshold” and health-related quality of life. The women in the study received five treatments per week for a period of three weeks.

It is also reassuring to know that different forms of massage seem to be effective. I personally enjoy reflexology, foot massage specific points on the soles of the feet that probably correspond to organs and systems in the body stimulates. In February 2009, a 6-week study has shown that reflexology can help people with (MS) multiple sclerosis benefit in reducing anxiety and stress hormone levels. I also tried shiatsu. A survey of October 2008 followed a group of more than 600 patients shiatsu. The researchers found that nearly 80% of the people involved in regular shiatsu other positive changes in their health-related lifestyle. A 16-22% reduction of conventional medicine and a 15-34% decrease in the use of drugs were also noted.

Finally I would add that giving a massage is really a good work out! It not only strengthens muscles but also helps to be better attuned to the human body and to a certain degree of sensitivity that would not otherwise be achieved.

milk daily is another way to improve NAD+ levels. Apart from implementing these changes, you should restrict your consumption of rice, bread, and white flour foods. As an alternative, search for low processed whole grains which regulate high quantities of ...

wrinkles and fine lines.   Skincare Benefits of Resveratrol Our skin suffers considerably from the environmental factors which consist of toxins, sun exposure and pollution. However, Resveratrol prevents these factors from harming the skin because of the polyphenol properties. It repairs, boosts and ...

expensive product when using third party brands.   Know Your Needs This is another important feature to put into perspective prior to beginning your search for the best Apple watch bands in the market. To begin with, ask yourself the reason for investing ...

your baseline HRV and variations helps determine what a healthy HRV looks like for you. For the program to be successful, you only need to complete one 3–5-minute session every day. That means you don’t need to wear the  Sensor all ...

is. That of course leads to a reduction in the amount of carbs you eat. When your body isn’t getting the carbs it once was, it will start to use your fat to create energy instead of carbs – burning ...

options available today than ever before and Sun Warrior brown rice protein is getting a lot of attention. Maybe that’s because people are more in tune with their allergies or intolerances. Maybe because there are so many people turning towards ...

it… our ancestors were much healthier than we are. There were no health epidemics like diabetes, heart disease and obesity. They ate much differently than we do today, as they didn’t have a plethora of processed foods pushed at them ...

what you end up spending there. This can be quite daunting for those interested in the natural life, but can not afford to shop this way. If you’ve ever felt that way, please note that the vast majority of holistic ...